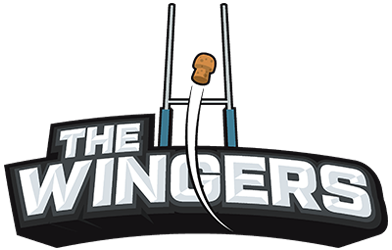 This story begins with two specific characters: a place and a person.

Let’s start from the place. Trebanos, which is written Trebannws, (it is a common practice for these places where pronunciation has a very little to do with writing) is a small village in the south of Wales. It counts just over 1400 inhabitants, and is located in the province of Swansea, near the Atlantic Ocean. It is distinguished by Gray and dark stone, green courtyards, houses with cream and brown walls.

Like other Wales cities after the industrial revolution, it bases its economy on agriculture and, above all, on the coal mines. It’s well known that it is one of the main extraction sites of the United Kingdom, and its main production centers in Morriston, which after the end of the Second World War becomes a good place to earn bread for immigrants from various parts of the world.

It is in this context that we are supposed to find the first protagonist of this story: “Mad Mike”, as he’s nicknamed here.

A former prisoner of war – with a build that it would be very reductive to define as robust – who, released by the German army, carries the bundle across the Channel and, resting the pickaxe after an exhausting day of work, goes to Trebanos to play in the local rugby team.

So far this would seem the story of the vast majority of the post-war British male population, but “Mad Mike”, despite speaking English well – and some other languages, the story tells was an interpreter – has very little of British in him. In fact, he is Croatian, his name is Dragotin and his surname is Tipuric.

Rugby, over the years and generations, will become a family tradition.

His son Andy, who will follow sportily in the footsteps of his father Dragotin, will be captain of the Trebanos RFC and the two grandchildren will begin to take their first steps with the oval ball right in the city team.

And after having tried almost all the available sports – football, golf cricket, tennis and volleyball – the elder, Justin, will decide to continue on this path, thanks to the physical preparation developed precisely together with his grandfather with whom he had fun fighting as a child , developing a game with unique features and reaching excellent levels.

His rugby adventure in the world of adults began in 2007 in Aberavon RFC, the team of the port and industrial city of Port Albot, before being selected by the Ospreys in 2009. With the Swansea franchise he immediately showed off his great technical and athletic qualities , in addition to great leadership skills. In fact, his first official game as captain arrives at the age of 21, and will be followed by many others in his 168 appearances with the Ospreys jersey. His excellent first seasons earned him his international debut in August 2011 and his call to the enlarged group for the World Cup of the same year, cementing his position at the club level in the following years, becoming a reference point.

At the international level, however, the battle for a starting shirt – which affects all the roles and all the historical periods of the Welsh national team – is very fierce, in a team that has players like Warburton, Lydiate and Faletau at its disposal.

However, the Trebanos native always manages to carve out important minutes and in 2013 comes the call for the Lions tour in Australia, where he will play 5 games against local franchises and 1 test match, the last decisive one. Later, gaining experience and always producing top-level performances, he will become an irreplaceable element in Warren Gatland’s Wales, also participating in the 2015 and 2019 World Cups, where he will have the honor of captaining his country’s team for the first time, as well as in the 2017 Lions Tour of New Zealand.

From the physical and technical point of view Justin Tipuric is a complete player, this one often an abused definition, but never so fitting. The 102 kg distributed over 188 centimeters allow him to combine the right dose of power and strength, now indispensable in modern rugby, with considerable speed and mobility, the real extra weapon for a modern back row, and a remarkable fitness. Tipuric’s completeness is not only in the physical / athletic sector, but also in the technical one.

In fact, it is difficult to find an area of ​​the game where he does not excel. In the offensive phase, he is the perfect link between scrum and backs, having excellent speed, excellent hands and valuable running lines in support. Likewise, in defense he is an effective tackler, skilled in contending the ball on the ground, intelligent in reading the action and with a great work rate.

The skills of this player are mirrored in the statics available for this 6 Nations. In the 4 games played, Tipuric scored 3 tries (only Ollivon made better with 4), made 64 tackles (4th) and stole three balls in a tackle situation, (2nd) conceding only one free kick. On offense, he touched 52 balls and made 29 passes (the highest number for a scrum player). These numbers confirm Justin Tipuric’s vocation to be an all-rounder (to borrow a term from cricket), skilled in all phases of the game, as is required of a back row.

Some plays describe incredibly well what type of player we are trying to describe.

The first one dates back to 2010, when Tipuric, in the spotlight in the Ospreys’ jersey, shows off his great offensive qualities.

The try is scored following a fantastic short kick to pass over one defender and a step inside the last defender, all worthy of the best Shane Williams (also to underline the splendid hands of the unforgettable Duncan Jones)

The second play is taken from the 2013 victory in Cardiff against England, in a historic match that gave the Six Nations to the Gatland team. In this case too, unusual qualities are put on display for a back row. A race in the enlarged space, a fine feint to avoid the defender and an offload that gives Cuthbert the easiest of tries.

The third and most recent one was in the last Twickenham match and has already entered the history of the competition. In this splendid try you can see Tipuric’s work rate: at the moment of kick-off he is the first receiver at the 10 meter line, when the oval is received by Tompkins he is back at the 22 line and is immediately ready to run back forward with a fantastic line of support and a stride almost suitable for a 400 m runner.

There would be much yet to write. Actions, passages, breakdowns that Justin has made over the years and all those he will still accomplish, but only time – compatibly with his, next, 31 years – will be able to tell us what level the game of this flanker can reach. Only two certainties in his future: the red shirt of the dragons of Wales and his distinguishing mark on the rugby field, that light blue helmet – a tribute to the color symbol of his hometown and of the Trebanos RFC shirt – worn every time he takes the field.